This last week Graham Fletcher (among others) alerted me to a twitter thread posted by Jo Morgan. In it, Jo posted a series of activities from an old textbook she had come upon (The book seems to be part of a large series from the late 1920s & early 1930s: Fundamental Arithmetic, by P. B. Ballard.) 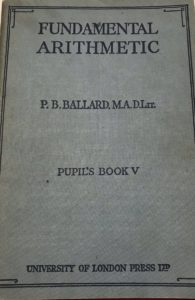 The page of interest (for our purposes) begins by showing a series of irregular shapes dissected into halves, quarters and eighths in a variety of exotic ways. (Actually, he goes a step further by sectioning a large shape into smaller, square “unit shapes” to show the halving, quartering, and eighth-ing).

From there, he asks a familiar question: “What fraction of the whole is…” 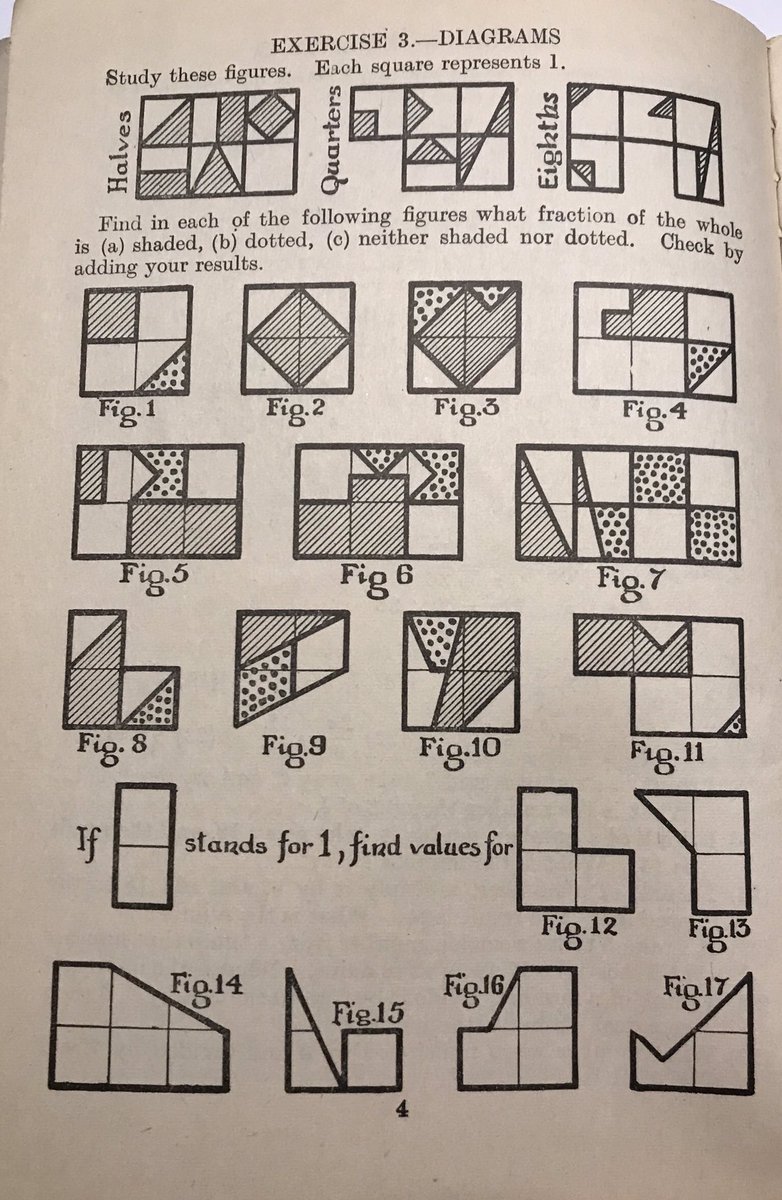 Jo also posts a similar activity from the textbook that asks about percentage.

This book (and no doubt several others from yesteryear) serve as a homage to classrooms past. Further, it illustrates that creative resources have existed for centuries, but it is the environment in which we work with them that turns their potential into learning.

Fraction Talks are a simple (and wildly unoriginal) idea. Their value comes in the space they can create for students to postulate, justify, and create. Dwelling in that space with students is where the real value exists. In that sense, our goal here is not to claim originality but to harness it in new ways. After all:

“it’s not what you look at that matters, it’s what you see” – Henry David Thoreau